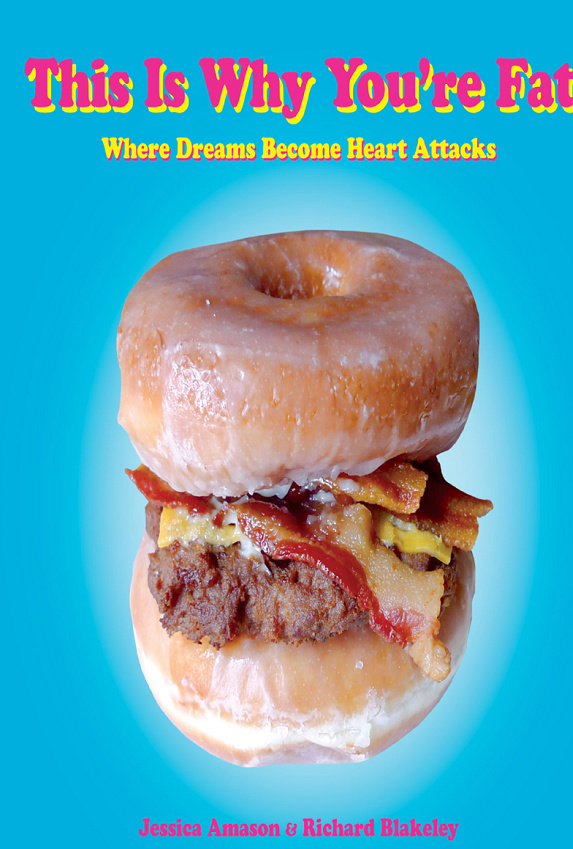 Foreword I am not fat. Yes, I have cellulite. Yes, my thighs jiggle. Yes, I have love handles. But by today’s ample standards, I am not fat. This is not for lack of trying. I have fried banana bread in butter and eaten it. One trip to Ben & Jerry’s saw me get a waffle cone with three scoops of ice cream and, because it was there, a brownie on top of it. Bacon is not a breakfast side dish so much as it is breakfast, and I’ve been known to save the grease to cook or bake with later. I’ve even improved on the low-calorie blandness of popcorn by popping it in said grease. Thanks to a Price Club membership, my freezer is full of ice cream bars, mini quiches, and meat. Lots and lots of meat. This is all my right as a Wisconsin native, a state that once led the nation in obesity, but has since fallen to an embarrassing number twenty-five. It is also my right as someone who worked at the Illinois State Fair for twelve years and, while there, ate more fried and stick-based foods than anyone should consume in a lifetime. With this pedigree, you would think I had seen it all, foodwise. I thought I had seen it all. This Is Why You’re Fat quickly dissuaded me of that notion. Day after day after day, Jessica and Richard posted new images of edibles that left grease marks from inside the screen. Some of the items were simply novelty-size versions of existing snacks, some were meat-and cheese-based, some were fried. All of them sent a shudder through my body. All of them made me question the existence of God. At a certain point, I had to hold my head in dismay and scream to an uncaring universe, “Why?!”

This Is Why You’re Fat_ Where Dreams Become Heart Attacks - Jessica Amason.mobi (3.5 MB)