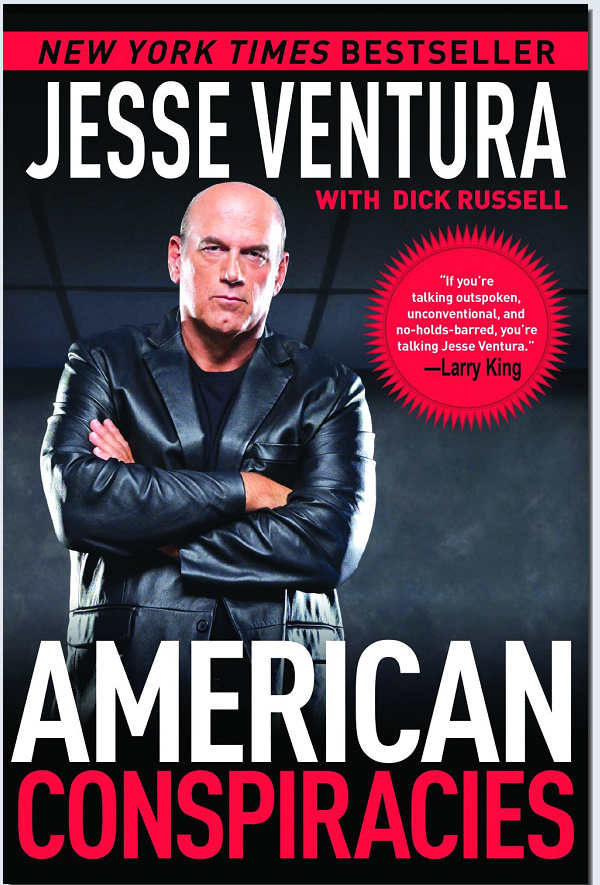 WHY I’M WRITING ABOUT CONSPIRACIES IN AMERICA First of all, let’s talk about what you won’t find in this book. It’s not about how extraterrestrials are abducting human beings, or the Apollo moon landing being a colossal hoax perpetrated by NASA, or that Barack Obama somehow is not a natural-born American citizen. I leave these speculations to others, not that I take them seriously. What this book will delve into are a number of things you don’t see on TV or read about in the papers. The fact is, the media—the fourth branch of government that our founding fathers anticipated would speak truth to power and keep our democracy on track—has at least since the assassination of President Kennedy systematically ignored any “conspiracy theory” that might rock the Establishment’s boat. We are, excuse my French, in deep shit today because of this head-in-the-sand mentality. Let’s start out by defining what a conspiracy is. My 2,347-page Webster’s New Universal Unabridged Dictionary says: “a planning and acting together secretly, especially for an unlawful or harmful purpose, such as murder or treason.” Synonyms include plot, cabal, connivance, collusion. Hard to swallow? Think of the Roman senators who knocked off Julius Caesar in 44 B.C. But I guess we’ve come a long way since then, right? Think Operation Northwoods, circa 1962. We’ll get to that in due course—Seven Days in May, that novel about a military takeover during the Kennedy years, wasn’t far off the mark. Clearly, there’s something going on in our national psyche that the New York Times and the Washington Post don’t want to examine. Look at the popularity of The X-Files, or Mel Gibson in the movie Conspiracy Theory. Not that I think we should all booby-trap our doors and hide behind our file cabinets, but sometimes those “lone nuts” turn out to be right! I’m tired of being told that anybody who questions the status quo is part of the disaffected, alienated element of our society that ought to wake up and salute the flag. Maybe being patriotic is about raising the curtain and wondering whether we’ve really been told the truth about things like September 11. I guess my questioning of the “official” line goes back to my school days, being taught that we had to fight in Vietnam to stop the domino effect of Communism. That’s what I learned in school, but my father—who was a World War II vet—took the exact opposite position at the dinner table. He said that was a load of crap, that the Vietnam War was all about somebody making big money off it. At first I thought my dad was crazy, because I could not believe they would lie to me in school. I fought with him over it, and he’d keep doing his best to debunk what I was saying. When I, in turn, went into the service and learned a whole lot more about Vietnam, I had the good fortune to come home and tell my father that he was right. Especially growing up in the Midwest, you never even contemplate that your government might not be telling the truth. You don’t realize until you get much older that government is nothing but people—and people lie, especially where money and power are concerned. The next prong in the fork was, when I got out of the navy and went to junior college one year, Mark Lane came to give a talk and I happened to hear him that night. That was the first time I ever paid attention to someone saying that what they told us about President Kennedy’s assassination might not be true. I’d been in junior high school when JFK was shot, and I remember the announcement over the loudspeakers and being sent back to our homerooms and then school was dismissed. Like most everybody else, I saw Jack Ruby shoot Lee Harvey Oswald on TV, but I never questioned the Warren Commission’s report that this disaffected ex-Marine had acted alone. After hearing Mark Lane that year, I was at the height of my wrestling career during the 1978 congressional hearings into the assassination and didn’t really start delving into any of this until wrestling changed in the mid-1980s. All of a sudden, I was no longer driving to towns, but flying. Sitting on airplanes all the time becomes extremely boring, so I started reading. Besides Mark Lane’s Plausible Denial, I remember Jim Marrs’s Crossfire and then a whole bunch of other books. When I’d see anything about the Kennedy assassination in the bookstores, I’d buy it. So as I got older and started looking back at the Sixties, where every assassin was supposedly a “lone nut,” I began thinking how could that be? These nuts who never told anybody anything or planned with anyone else, but just felt the need to go out and commit murders of prominent individuals—John and Robert Kennedy, Martin Luther King and Malcolm X. The odds of that, I figured, simply defied all logic. It made me wonder who’s really running the show. Especially when you look at things they now admit never happened, like the Gulf of Tonkin incident that drew us into the Vietnam War. These things, as portrayed by our government and media, seem to be smaller segments of a bigger picture. It almost seems like a game of chess sometimes, where you don’t understand the significance of one move until maybe a decade or two later and start to see the results of how things turned out differently.。。。